I love to read books about mystery or about the real life books.
Tweet 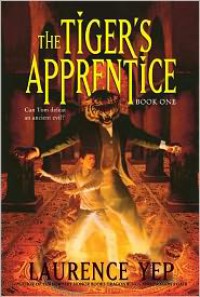 This book is about a tiger that talks named Mr. Hu, a boy named tom, a dragon, and a monkey to save the day. Mr. Hu is one of the guardians that took care of a powerful talisman. One day a monstrous being of all named Vatten, has stolen the talisman. Now Mr. Hu, tom and his team have to go save the world because that talisman was very powerful and they don't know what that talisman can do. It can destroy the world or it can make it peaceful and since it was the most powerful talisman they had to go find it before Vatten destroyed the world with it.

This connects to me because sometimes you want to save something that is stolen especially save the world that a talisman is very powerful can either destroy or make the world peaceful and if it gets into the hands of a bad person they can make the world so evil. This connects to another text i read that was Percy Jackson the lightning thief because that book was about how heidi's took Zeus bolt and they were on a mission to find the bolt before they framed Percy for the missing bolt. He had to show his innocence or he would've got killed. This also connects to the world because in the world hurricanes, tornadoes and other nature can destroy the world because some day the sun can destroy the world and its over.

I would recommenced this book to other people because its interesting, it has a mystery, and it is kinda tense because it makes the reader wonder what would happen. Also because its entertaining that you can see how the world can be in danger but they can also save the world. People who would read this book were people who like mysteries. They can read this because they wonder about what can happen to the world or the mysteries that the talisman hides. Other people an read this book that like books that have suspension because it gives a foreshadow that something that is gonna happen and can give a little tense.